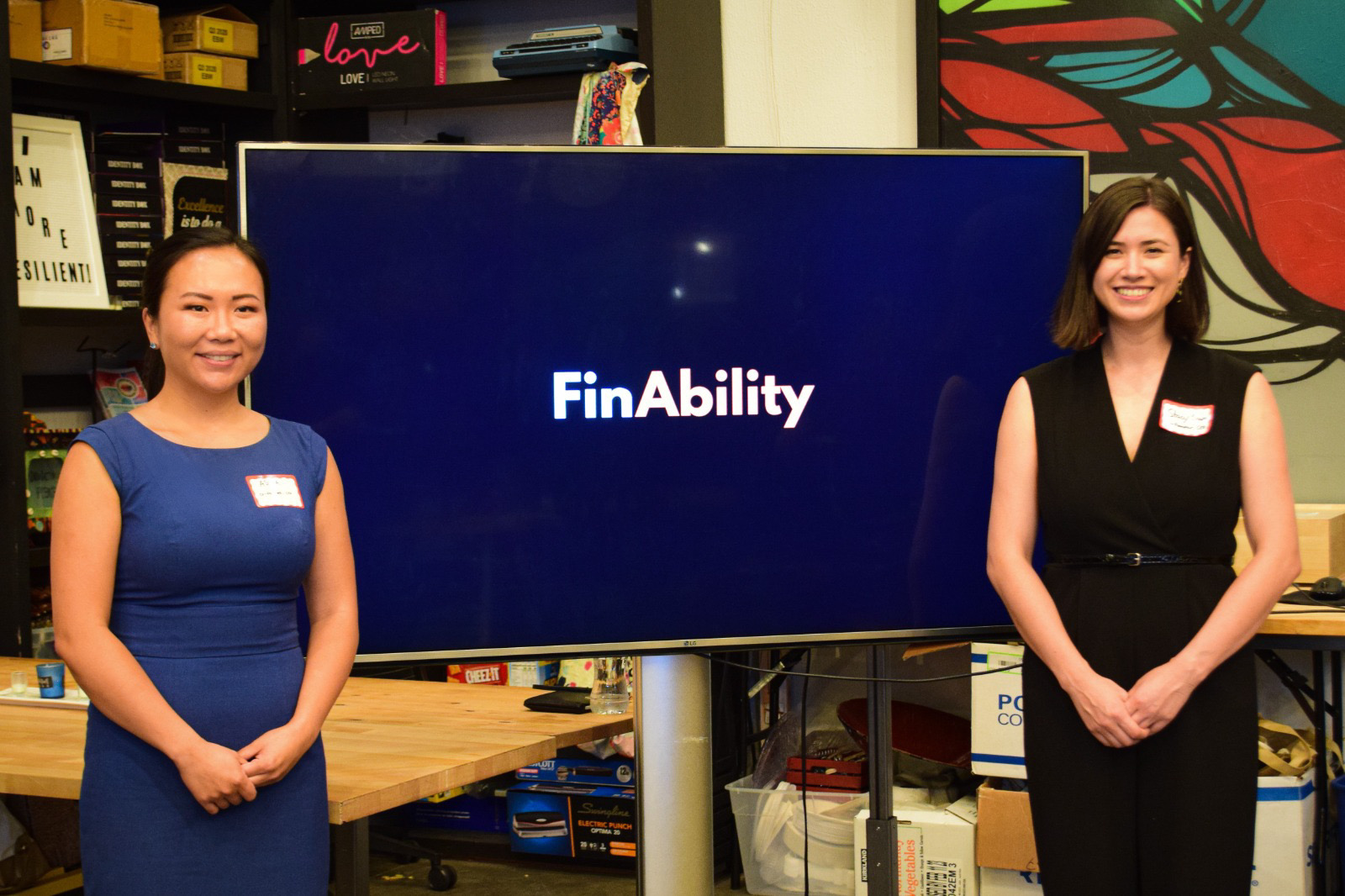 Asha Xu (left) and Stacy Sawin (right) at the FinAbility launch in Oregon on August 6th, 2021

6 million people. The population of the DC Metro Area is 150 times greater than my hometown in Oregon. That alone made moving to DC exhilarating. I imagined 150 times more potential friends, romantic interests, career opportunities, life experiences. I was 23 and starting my first job out of college at a well-respected consulting firm. I loved telling people, “The world finally feels like my oyster”.

7.5 million people. An estimated 6 to 7.5 million people are stalked every year in the United States. Knowing this, it shouldn’t have been so shocking when I became a stalking victim a few months after I moved to DC. But it was shocking. Shocking and devastating. Shortly after my world expanded with so much hope and potential, it shrunk to the size of my apartment.

Stalking is a pattern of unwanted behavior, directed at a specific person, which causes that person to change their routine or feel afraid, nervous, or in danger. In my case, my stalker: texted me threatening messages; sent defamatory emails to leaders at my firm and client offices; filed dozens of lawsuits against me and my support system; travelled across the country to threaten my parents; and made references to having and wanting to use a gun.

I was terrified that one day he’d crack and attempt to murder my parents or brother. To protect us, I reported my stalker to the police and endured three years of court cases. In 2018, he was found guilty of stalking by a jury and fled the country that same day.

1 person. One year later I found myself on the Pacific Crest Trail (PCT), a continuous trail connecting Mexico to Canada. For 4-months, I hiked 1,650 beautiful, challenging, healing miles. Other hikers gave me the nickname "Sunshine", which ended up being more than just a trail name. It became a facet of my identity, the re-manifestation of a more hopeful part of myself that I thought had been lost. For the first time in four years, I felt safe to let my guard down and to feel happiness. To feel anything.

I spent weeks at a time alone, remembering who I was before the stalking and discovering who I had become. But mostly I thought about who I wanted to be. My firm was sponsoring me to get an MBA from London Business School (LBS). I saw this as a chance to turn my trauma into something meaningful.

10 million people. The population of the London Metro Area is 250 times greater than my hometown in Oregon. Though I spent much of my MBA in lockdown due to COVID, the world truly did become my oyster. I met brilliant minds from around the world, built my finance and business acumen, and immersed myself in my entrepreneurship coursework. That is when FinAbility was born.

I enrolled in LBS’s Entrepreneurship Summer School Programme, where I explored the feasibility of starting a nonprofit to financially empower survivors. I spent three months interviewing survivors, advocates, and nonprofit professionals. They informed me of the many barriers survivors face when trying to leave their harm doer, including trouble accessing cash and credit.

Together, we formed the idea of creating a website where survivors can learn how to safely access vetted financial resources including bank accounts, credit cards, and credit building programs. It was an idea I began to believe in so fervently I decided to turn down my return offer to Deloitte and forgo my graduate school sponsorship. I incorporated FinAbility in October of 2020, and to my delight, my classmate and friend Asha Xu became my co-founder in December of 2020.

500,000 people. FinAbility aims to financially empower 500,000+ survivors of domestic abuse by the end of 2022! We continue to seek diverse survivor perspectives to build a financial resource hub by survivors for survivors.

I now live in my Oregon hometown, where FinAbility is incorporated. Where the world once again feels filled with hope and potential. I feel incredibly privileged to spend every day working with inspiring survivors, team members, and supporters.

FinAbility adds deep meaning to my life and gives me hope that we can change outcomes for millions of survivors across the world. That’s why I started FinAbility. But more importantly, that’s why I remain unwaveringly committed to seeing the organization grow and thrive.